DMAE Improves Attention and Energy Levels while Benefits Your Skin

DMAE Improves Attention and Energy Levels while Benefits Your Skin 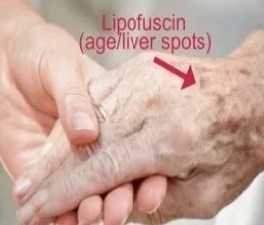 DMAE (Dimethylaminoethanol) is a metabolic compound that is produced naturally in the brain in small amounts. It can also be found in fish such as salmons, sardines, anchovies and pilchards. It promotes the production of choline, which is the precursor of acetylcholine, the chief neurotransmitter responsible for the functions of learning, memory and attention. More recent studies show that the topical form of DMAE can lighten or remove skin spots and tighten skin, making it a sought-after product to delay the aging process. DMAE has numerous aesthetic, mental, physical and psychologica/emotional health benefits.

Continued use of DMAE lightens the age spots that are commonly seen on the face, back of hands and arms. These brown spots are formed from the accumulated lipofuscin deposits in the body. Lipofuscin is a waste product of the cells and usually appears in older people. Aside from the skin, lipofuscin is found in big quantities in the neurons and heart muscles. DMAE acts by flushing lipofuscin out from the body. Another age-defying effect of DMAE is its skin tightening action that slows down the inevitable natural sagging of the skin. It's hypothesized that this effect is due to the DMAE’s cell-stabilizing ability, its boosting action on acetylcholine or its capability to banish lipofuscin from the body.

DMAE is a mild central nervous system stimulant that perks up moods and reduces sluggishness. An explanation for this is DMAE’s cell membrane stabilizing capability - which benefits not only the skin but also the brain functions. Another theory for the increase in brain activity and function is the rise in acetylcholine production with sustained intake of DMAE. A third theory speculates that DMAE can cross the blood-brain barrier better than choline because of its unique molecular structure.

Long term use of DMAE produces great physical health improvement benefits. Since the increased production of acetylcholine results in higher energy levels, people taking DMAE report alleviation of chronic fatigue and better physical performance. DMAE is also believed to reduce DNA damage, act as an antioxidant to combat the free radicals, aid in the treatment of cardiovascular diseases, boost the immune system and lessen movement disorders in Parkinson’s disease. It also helps control tardive dyskinesia that afflicts people on long-term antipsychotic drug use. Best of all, studies on animals have shown that those taking DMAE supplements lived longer, and the researchers are hopeful that this study will translate to human lives as well.

The first known use of DMAE was as supplementary therapy for children with ADD. Treatment with this natural drug form resulted in longer attention spans, less aggression and improved scholastic ability. Other behavioral problems responded positively to DMAE, including reduction of apathy and an increase in motivation in patients suffering from depression, and improved behavior and brain function of children with Down’s Syndrome. It has a calming effect on people and concentration is increased in people with anxiety. It also makes people sleep sounder and have more lucid dreams, so that the wake up feeling rested and full of energy for the day ahead.

Dosage for DMAE varies and there is no specific recommended dosage. A common dose is between 100-300 mg daily. Take the capsule with water, after eating and preferably in the morning. It will take about three weeks of taking DMAE before the initial results are noticeable and three months of continuous intake for best results. Also, with the availability of DMAE creams and lotions, using DMAE to firm facial skin is as convenient as applying the treatment before bed. DMAE is not recommended for people with epilepsy and bipolar disorders, however.

Skin, Hair, Nails
Mirror, Mirror on the Wall, Who’s the Most Toxic of Them All?
DMAE Improves Attention and Energy Levels while Benefits Your Skin
Dr. Hubbard works as a functional medicine consultant in conjunction with your current health care team and is not considered a replacement for your primary care physician. She requires all new patients to have a primary care physician to cover emergencies and routine care and screening. 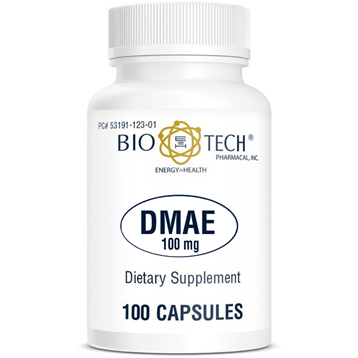